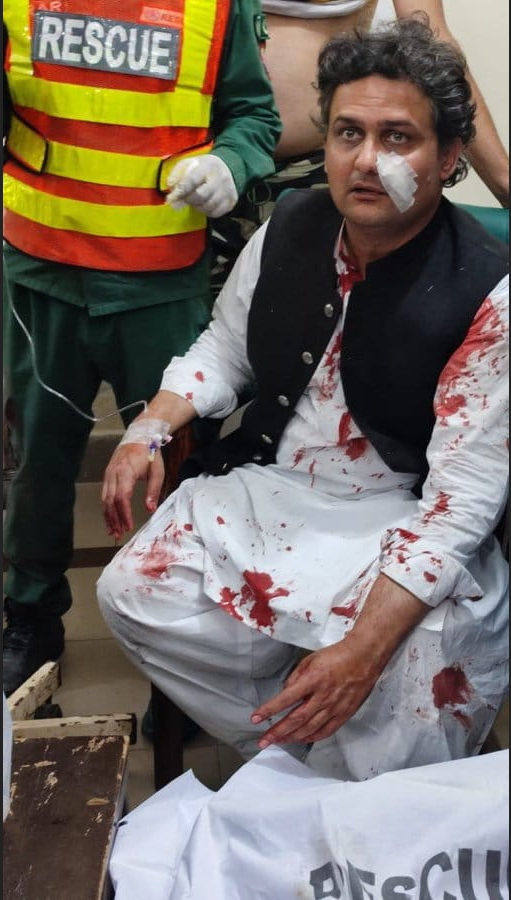 During his ‘real freedom’ rally in Wazirabad on Thursday, Imran Khan was injured in a shooting. Zafarali Khan Chowk was the site of the incident, according to ARY News.

As a result of the incident, four other people were injured as well.

It was not long after the incident that Imran Khan had been transferred to a bulletproof vehicle from the container.